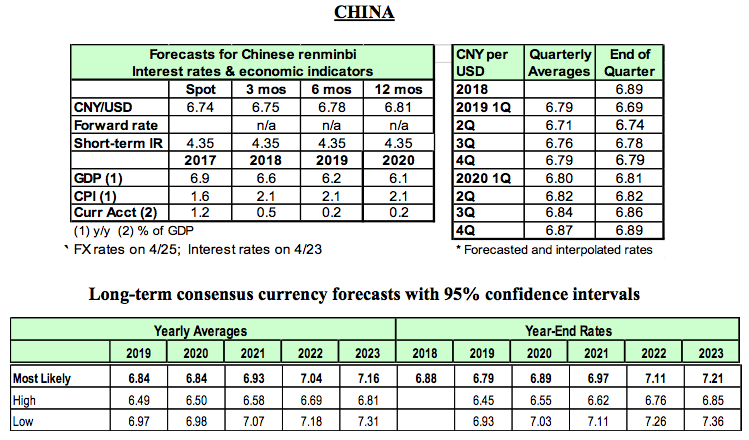 Globally, there is enormous interest in exchange rate movements and, as financial conditions become increasingly volatile, investors, corporations, commercial bankers, and central bankers look for foreign exchange rate forecasts to make prudent decisions. Currency forecasts are used by academics in their research. The FX4casts historical data base provides 30-year period and is considered the “big data” of consensus forecasting.

In the Asian markets, much trade is conducted in USD. In other cases, the exchange rate forecasts for the Korean won, the currency forecasts for the Singapore dollar, the FOREX forecasts for the Indian rupee and the corresponding cross-rates rates are particularly useful for direct investment and foreign trade transactions.